A Summary of the 2018 MIPS Proposed Rule

Yesterday afternoon, CMS posted CY 2018 Updates to the Quality Payment Program to the Federal Register, to be officially published at the end of this month. Many clinicians are still trying to wrap their heads around how to report MIPS in 2017. However, the release of the 2018 proposed rule is advantageous as aid deciding what to conquer in 2017, and which aspects of MIPS can be digested in the future. As the title suggests, this document also covers other Quality Payment Program tracks, like Advanced APMs. As the vast majority of healthcare providers are expected to be participating in MIPS for 2017 and 2018, we are just going to focus on the MIPS component of the proposed rule for now. 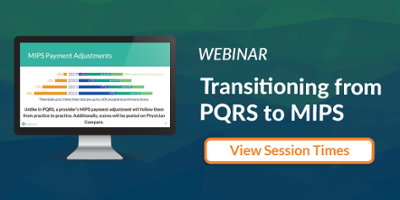 Based on stakeholder feedback, CMS has proposed some new additions to the MIPS program designed to reduce the burden of reporting and to encourage meaningful participation. Perhaps the most anticipated new program feature proposed is the inclusion of Virtual Groups. Solo providers and groups of less than 10 who are eligible MIPS clinicians can participate in Virtual Groups, which allow for these smaller practices to reap potential benefits of MIPS group reporting. Benefits of group reporting include better measure eligibility and a lower threshold for success for the Improvement Activities Performance Category. Just like with group reporting, the benefits of reporting as a Virtual Group will vary from practice to practice.

In December 2016, the 21st Century Cures Act was passed. Although at this time it was too late to implement the provisions detailed in this act for the performance year of 2017, CMS will strive to include these provisions in 2018. This will mean that for MIPS clinicians who are ambulatory surgical center-based (ASC-based), hospital-based, facing significant hardship, or using decertified EHR technology, the Advancing Care Information Performance Category would be re-weighted to account for 0% of the MIPS final score.

The last new proposal is facility-based measurement. Available only to facility-based clinicians who have at least 75% of their covered professional services supplied in the inpatient hospital setting or emergency department [2], this will be an optional scoring mechanism based on the Hospital Value Based Purchasing Program. Essentially, it will take the hospital Total Performance Score from the Hospital Value Based Purchasing System and convert it into a score for the Quality and Cost Performance Categories of MIPS.

Performance Category weighting is proposed to remain the same for 2018, with Quality being worth 60%, ACI being worth 25% and Improvement Activities being worth 15% of the MIPS final score. However, in attempting to pay attention to the context in which a MIPS eligible clinician or group practices in, CMS has added several opportunities to gain bonus points to the MIPS final score. The complex patients bonus will apply up to 3 bonus points by adding the average Hierarchical Conditions Category (HCC) risk score to the MIPS final score. There will also be a small practice bonus which will add five points to the score of MIPS eligible clinicians in a small practice (15 or fewer clinicians), provided they submit data for at least one performance category.