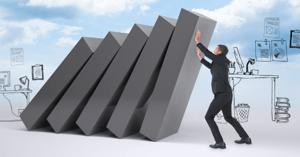 Since 2017, the Centers for Medicaid and Medicare Services (CMS) Merit-Based Incentive Payment System (MIPS) has provided eligible clinicians a score of zero -100 annually based on the clinician’s efforts and data collection in four program categories: Quality, Improvement Activities, Promoting Interoperability, and Cost. A clinician’s final score for each year’s MIPS performance ultimately dictates a payment adjustment that is applied to his or her Medicare Part B reimbursement rate two years later. In practical terms, this means that a clinician’s 2017 performance impacts all of his or her Medicare claims that are filed in the 2019 calendar year.

Since 2017 was the first MIPS performance year, 2019 is the first MIPS payment year in which clinicians are seeing incentives or penalties tied to their claims. These positive or negative adjustments impact every Medicare Part B claim for clinicians who were subject to the program. 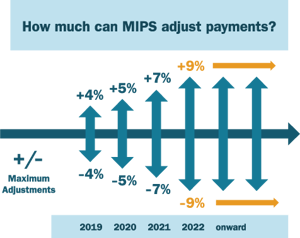 For clinicians who have a large proportion of Medicare patients in their mix, this payment adjustment could have a strong effect on their expected cash flow.

However, as we’ve come to find out, these payment adjustments are being applied by payers above and beyond just Medicare.

This summer, several of our clients began receiving correspondence from other commercial payers. This includes United Healthcare (UHC), as shown in the letter pictured below. The letter was sent by fax and explains that since these providers are not contracted with UHC, that UHC will be using the CMS MIPS scores to adjust their reimbursement. Specifically, they note that this is both retroactive to January 1, 2019, again based on 2017 performance, and will only apply if they earned an incentive. The letter explains that while they will not incur negative payment adjustments for lack of participation or a poor score, this will be evaluated again next year.

For several years we have spoken to healthcare groups on the subject of MIPS. We have long foreseen and mentioned that clinicians cannot sustain or tolerate a myriad of value-based programs where metrics and efforts vary by individual payer. The administrative, clinician, and operational burden would be too great.

Building a Long-Term Narrative Around Quality

We tell people unabashedly that we don’t care about what a -7% adjustment means for you in 2021. What we DO care greatly about is what that adjustment looks like across your top five payers, three and five years from now. We care about a clinician’s long-term narrative around providing quality care to patients at a low cost.

We have projected that over time, program requirements will need to synchronize or be more closely aligned. This would allow physicians and payers to be more successful in demonstrating value-based care. Although UHC has their value-based program for contracted physicians, UHC Premium Designation, this letter is proof that commercial payers are following in the steps of CMS and using MIPS performance to adjust the reimbursement rates of more than just Medicare claims.

If simply avoiding the MIPS penalty or choosing not to participate in hopes that the program would go away was your strategy, perhaps it’s time to reconsider.

A great score could absolutely translate into having more money in your pocket or for the practice when it impacts multiple payers!

This post was originally published on the ChirpyBird blog.