3 Key Takeaways from the 2017 MACRA Summit

Posted by Christopher Jayne on November 1, 2017 The Second National MACRA MIPS/APM Summit is the leading forum on MACRA, MIPS, APMs, and other Value Based Payment Models. With no fee increases across-the-board for physicians from 2020-2025, value-based payment is going to become key for any health system's viability. Healthmonix was pleased to attend this summit and see MACRA policy and perspective in the making, with thought leaders in the medical, research, and business fields convening to break down MACRA and it's implementation now, as well as look towards the future of what MACRA can and should be.

We put together a brief list of takeaways from this event.

MACRA is Flawed but Ultimately Here to Stay

Attendees were overall critical of MACRA as an effective means to the end of increasing the quality and value of care. Everyone there has been in the weeds of the Quality Payment Program, and opinions were very freely exchanged.  Some sessions become more intense than others, but there were a few consistent changes desired for MACRA.

First, almost everyone in attendance wanted to see measures that were better harmonized and more clinically relevant. This could mean developing more universal measures or including measures specifically about the patient experience. Right now, certain specialties face a lack of measures, while others face an abundance, but the shared result is data that may not accurately gauge quality of care.

While many clinicians may not agree, discussion also focused around providing fewer exemptions, as this decreases the eligible pool of clinicians, reduces the value of the data gathered, and can diminish incentive payments in a budget neutral program.  It also sends the message that certain specialties or types of providers do not need to consider the quality of the care they provide, which goes against the goal of MACRA.  What clinicians may like hearing is that emphasizing the very flexible and universal Improvement Activities category is popular idea of how to make MIPS more meaningful to all types of healthcare providers.

In a report released by Medpac, MACRA was described as "a complex system that will not identify or appropriately reward high and low-value clinicians, requires a massive reporting effort, and sends conflicting signals as to which models clinicians should move to." Although the report was savagely critical of MACRA, Medpac identified strategies to improve the MACRA Quality Payment Program over repeal. So no matter what, value-based payment is here to stay.

Advanced APMs are the Future

CMS estimates that 55% of eligible clinicians will participate in MIPS during MACRA's inaugural year, with 35% participating in A-APMs and 10% not reporting. It would therefore stand to reason that the MACRA summit would focus on MIPS, however it featured 11 sessions on APMs and only 1 focused specifically on MIPS.

In future years as A-APMs take form and become more sophisticated, we expect MIPS will be only for the casual reporter. MIPS is not customized to the context of your practice, nor necessarily smoothly integrated with your clinical workflows. It will do the trick and help you remain compliant with CMS, but is not going to lead to any groundbreaking advances in the quality of patient care in your practice. Think of MIPS like your first apartment; you do enough decorating and furnishing to be able to get by.

A-APMs are like your first house. Maybe you're not going to stay in it forever, but you're certainly going to spend time and effort to make it as comfortable and efficient as possible. Currently there are seven accepted APM models, including MSSP ACOs (Track 2 and 3) and Bundled Payment Models. CMS encourages clinician groups to innovate and create their own alternative payment models for A-APM-status consideration. They are a more custom solution that can require high levels of planning and organization to start.

A-APMs as they currently stand face criticism for ensuring that accountability is spread out fairly. Since A-APM reporting is handled at group level, providers can face penalties for poor performance from other clinicians or specialties within their APM. Certainly a podiatrist doesn't want to lose out on their cut of the incentive because they are assigned a high-risk patient with heart failure. This is one of the challenges that will need to be addressed and minimized as A-APM participation increases over the next few years.

The 2018 Final Rule is Coming Any Day Now

A representative from CMS identified the release time-frame for the 2018 Final Rule anytime between now and the end of November. Last year, the final rule was released on November 4th. If 2,000 pages of fresh healthcare policy doesn't happen to be what gets you out of bed in the morning, subscribing to notifications from Healthmonix Advisor will provide you with an alert when the summary of the final rule is available.

No one expects huge program overhauls. The Proposed Rule (released at the end of June) suggested even fewer changes than anticipated by the 2017 Final Rule, with a few notable changes.

Perhaps the most anticipated proposed change is the inclusion of Virtual Groups. Eligible MIPS clinicians from TINS with less than 10 providers can participate in Virtual Groups, which allow for these smaller practices to reap potential benefits of MIPS group reporting. Benefits of group reporting include better measure eligibility and a lower threshold for success for the Improvement Activities Performance Category. Just like with group reporting, the benefits of reporting as a Virtual Group will vary from practice to practice. Here's the real nail-biter though: clinicians hoping to participate in Virtual Groups in 2018 must opt in by December 1, 2017. With the 2018 Final Rule yet to drop and the majority of small practices still pondering compliance for 2017, CMS is leaving little room for making an educated decision.

RELATED: A Summary of the 2018 MIPS Proposed Rule

Other notable changes include the delay of the introduction of the Cost Performance Category, the data completeness threshold remaining at 50% (instead of raising to 60%), and the low-volume threshold raising to exempt even more clinicians. The 2017 transition year option of being able to report one patient for one measure (or have a MIPS final score of at least 3) to avoid the penalty will be replaced with needing a MIPS final score of 15. Otherwise, the program will remain largely the same. 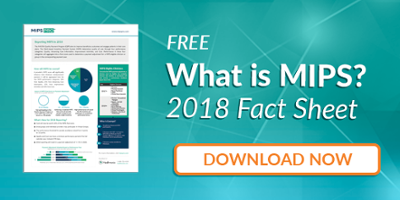